This website is for those of us who have a budding interest in the sport known as rugby. Well, as rugby union, I suppose, but you can read more about that in our individual posts (especially the one concerning rugby in England). I am not going to sit here and pretend that I know a lot about rugby. In fact, I’m not even going to tell you that I know anything about rugby. Because really, I don’t know a lot. I know the basics. Like, the basic basics. I know what the ball looks like, I know that you get points by scoring “tries” (I think …), I know that the men who 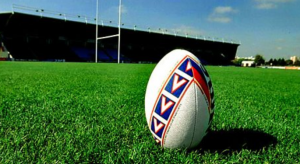 play it professionally are absolutely huge, and I’m pretty sure that you are only allowed to pass the ball behind you, even though you’re trying to move forward across the field. It sounds counter-intuitive, but it seems to work.

Oh, and I know that that big mess of guys at the beginning of each … each … each turn? is called a scrum. So, as you can see, I am far from an expert. In fact, I’m what you may call a novice, when it comes to the rules, history, and culture of rugby. But that’s why I’m here! To learn. Hopefully that’s why you’re here, too, or else maybe you should head on over to another site, because if you’re looking for strategic pointers from an expert, I’m not your girl.

I began to take a casual interest in rugby when I spent a year in England, and had a number of friends who were rather … shall we say … enthusiastic fans. You could say enthusiastic, but I think you’d probably be more correct saying “rabid,” because that’s what they were. They went at least once a week to a pub in the centre of town to get together with all of their friends, drink heavily, and cheer on their favourite team.

I’d hear about fights breaking out in the pub every other week, nearly always having been started because one bloke said something disrespectful about another bloke’s team. And pride mixed with booze is always a dangerous combination. I went with them once, before I knew what kind of thing went on there, and I didn’t have to stay long to understand that I should definitely not have been there. Needless to say, I never went again.

Something I always did enjoy was going to their games They all played in a league, and I always have enjoyed watching live sport. Trouble is, I always went accompanied by the guys’ girlfriends, who would never actually be watching the games, so I’d always get distracted by conversation and never learned much of anything. So! Here I am, having decided to learn, and I hope to share that journey with you! Because I love history, we’ll start with that, and then look at rules, different leagues, different clubs, etc. etc. So throw on some trainers and let’s get started!