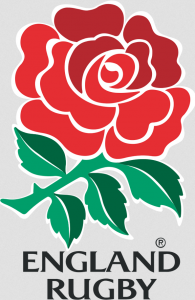 In England, rugby is split into rugby league and rugby union.  You may be inclined to think that these two bodies govern two different leagues of the same sport. Alternatively, you may think that the former, rugby league, concerns itself with the actual playing of the game, and the latter, rugby union, deals with the legal stuff, like the rights of the players and coaches, etc. If you thought either of those things, you’d be wrong.

Rugby league and rugby union are actually two separate sports, and have been since soon after a rather dramatic schism in the late 1800s. A bit of background. Initially in England, there was just one league, called the Rugby Football Union (RFU), formed in 1871. All was well for about twenty years, until 1892, when football clubs in Bradford and Leeds (both located in the North of England, for those of you less than familiar with English geography) were accused of paying some of their players for missing work to play rugby.

This issues was particularly prominent in the North because most of the players in the northern part of the country were of the working class, as opposed to those who played in the south, so their time away from work and injuries contracted during play had a much more significant impact on their lives (if you work providing plumbing services and get a back injury, for example, it’s much more detrimental to your lively hood than if you are a student in London). As legitimate as the northern teams believes their cause to be, this kind of compensation is not permitted in amateur leagues, and charges of professionalism were brought against these teams by the RFU. In 1893, Yorkshire clubs officially proposed that players be paid a small amount in compensation when they miss work to play rugby, but this proposal was voted down by the RFU, and the Union then began suspending northern clubs and players.

This disagreement between the northern and southern teams (and a number of other related issues), caused twenty-one northern teams to meet in August, 1895, and form the Northern Rugby Football Union, usually called the Northern Union (NU). For a time, only the administration differed between rugby union (the teams who chose to remain in the RFU) and rugby league (the teams who formed the Northern Rugby Football Union), but soon rugby league modified some of their rules, thus the two groups ended up playing two different games.

Because of the nature of the schism, the two games are considered to be divided along class lines, with union being associated with the middle and upper classes, and league being associated with the working class. The two codes are also very different in scale and turnover; Rugby Football League boasts about 100, 000 players (and by players, we mean anyone playing in any capacity) and had a turnover of 19 million pounds in 2014, whereas Rugby Football Union has 1.99 million players in England, and had a reported 150 million pound turnover in 2014. I guess you’ll just have to try both and decide for yourself which you like best.